The Washington County Visitors Association (WCVA) submitted an application to Travel Oregon for the convening of an Outdoor Recreation Tourism Studio in partnership with stakeholders in Columbia County. WCVA hosted the Tourism Studio on May 15-16, 2018, which was attended by 30 stakeholders from both counties.

Over the course of the studio, presentations covered such topics as the economic impact of cycling tourism in Oregon, the elements of a successful cycling destination, and existing assets and opportunities for road, gravel and mountain biking. Through facilitated discussions, participants identified priority needs for enhancing cycling opportunities and services in Washington and South Columbia counties. C2 Consulting generated the Greater Tualatin Valley Outdoor Recreation Tourism Strategy as an outcome of the two-day studio and WCVA set up action teams to execute key projects identified in the strategy that could be supported by available RCTP funds.

The tourism studio was the catalyst for convening interested parties in the Washington and Columbia County subregions around shared priorities for attracting cyclists to the Tualatin Valley and adjacent areas. The studio and subsequent work groups drove consensus around Route Development and Bike Hub projects that were then completed and delivered before the end of the biennium.

The tourism studio process and subsequent development projects were extremely successful on several levels. First, under WCVA’s leadership, the studio process successfully engaged a diversity of stakeholders and perspectives from both Washington and Columbia Counties. This helped forge new cross-county partnerships and provided lift to Columbia County’s nascent tourism development efforts as the one area within the Portland Region that began the biennium without a designated tourism representative.

Second, the tourism studio process and action teams were successful in driving consensus around priority development projects to best support the Tualatin Valley’s growth as a cycling destination. This enabled the consultant to scope out project work that would could deliver immediate outcomes for the specific communities engaged in the work of the action teams. Third, WCVA was able to direct funds from its own RCTP allocation to support the completion of specific Route Development and Bike Hub projects which are now delivered.

Align with stakeholders in the region, educate and mobilize the stakeholder base, prioritize projects, increase market-ready tourism product and forge stronger partnerships and collaboration between the sub regions, the RDMO and Travel Oregon. All of these goals were achieved.

Each action team that formed after the Tourism Studio established a mission and then executed multiple product development projects in support of each mission. 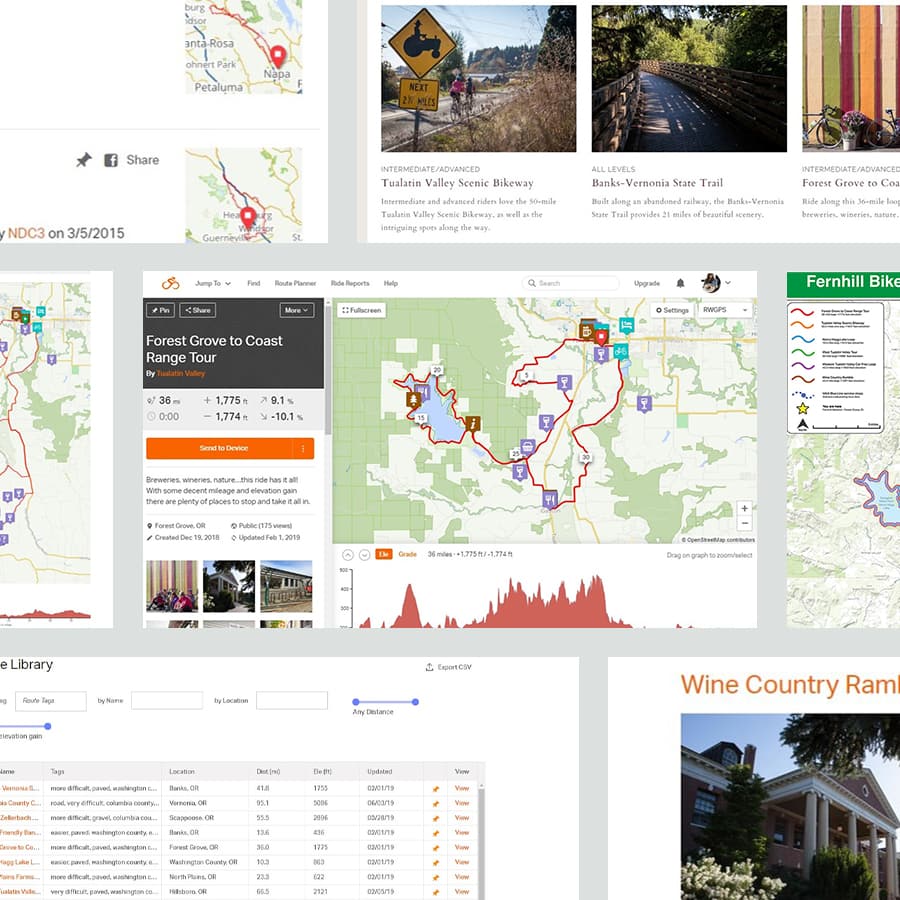 The mission of the Route Development Action Team was to “Identify and catalogue the ‘Best of the Best’ road and gravel routes in the Greater Tualatin Valley suited to attract bicycle tourists from around the globe.” This mission was supported by the completion of three specific group projects: 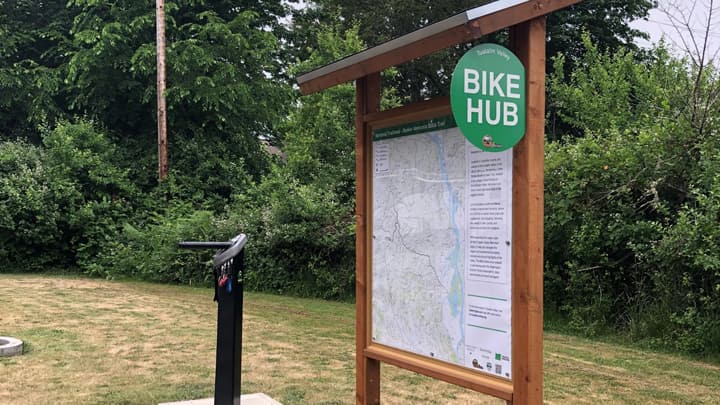 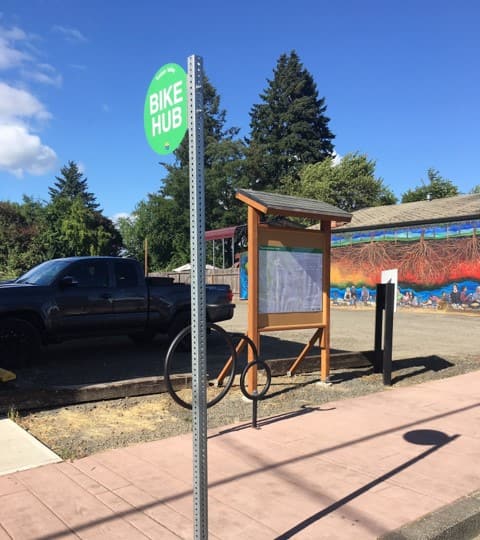 The mission of the Bike Hub Action Team was to “Develop a Bike Hub design and identify 3-5 locations to implement this design suited to provide bicycle tourists with amenities and information.” The action team completed several procedural steps to fulfill this mission resulting in the installation of bike hubs at 13 locations:

The project was more successful than imagined thanks to the commitment and leadership of WCVA, the high level of interest and engagement from stakeholders, governments and cycling advocates and the availability of RCTP funding in FY18-19 to support prioritized projects.

All projects identified for completion within the biennium were delivered on time and on budget.

The action teams will remain networked via the on-line collaboration platform Basecamp and will convene at cycling-focused and tourism-focused gatherings over the coming year. WCVA will continue to monitor impacts of the completed projects and make a decision concerning further investment in similar product development. Meanwhile, WCVA will invest its own resources into a Bike Friendly Business initiative as well as a possible third action team dedicated to investments in wayfinding.

The process of convening the tourism studio and developing new product addressed an existing challenge within Washington and Columbia Counties which was a desire for increased outdoor recreation assets and development of the area as a destination for cyclists. The work to achieve these high-level goals continues but the two-years spent on the effort thus far represent a significant leap forward and lay the groundwork for further growth and development if area communities and stakeholders wish to pursue it.

Back to Home Next Region